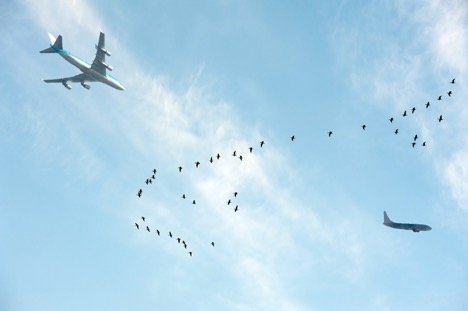 On January 15, 2009, US Airways Flight 1549 had to make an emergency landing in the Hudson River in New York City after its engines stalled due to impacting with birds. Upon investigation, it was discovered that a flock of Canadian geese had been hit by the plane. These birds are bigger and weigh more than what the engines on the plane were designed to handle during a bird impact.1 Fortunately, all 150 passengers and 5 flight crew members survived the plane crash.

Yet this is not the only incident involving wildlife FOD (Foreign Object Damage). On November 12, 2001, American Airlines Flight 587 crashed shortly after takeoff from New York City’s JFK (John F. Kennedy) Airport. Initially, investigators suspected the plane’s engines had sucked in birds that contributed to the crash.

In 2001, figures for FOD damage caused by birds to commercial and military aircraft was estimated to be around $500 million, just in the United States. According to the Bird Strike Committee USA, bird strikes involving aircraft had been responsible for more than 400 deaths.3

As recently as October 24, 2017, JetBlue Flight 877 from Boston Logan International Airport had to schedule an emergency landing in New York City’s JFK Airport after the plane struck birds after taking off. The plane flew at a low altitude and a slow speed until it safely landed in New York City.4 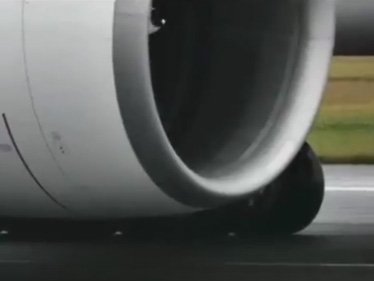 How Does Wildlife Affect Airport Operations?

Wildlife populations have been growing in significant numbers over the past few decades. This means as these animals are displaced from humans’ expanding commercial and residential areas, they have to find new areas for their homes.

Birds and flying animals, like bats, tend to be the biggest problem for wildlife FOD. This is because they tend to move unexpectedly when frightened and startled, like from the noise made from big jet engines. Plus, birds and bats both adapt easily to any area where they can find food, water, and shelter. All of these things are often in ample supply at major airports.

In some places, the wildlife is adapting to humans being around. For instance, coyotes have often been thought of being reclusive animals. However, due to human displacement, this is no longer the case. While they will tend to avoid humans, they are becoming part of suburban areas and do help control rat and mice populations.

Yet, when it comes to airports, coyotes are also becoming a problem because they will simply wander out onto runways. Depending on the time of day, it can be difficult to detect and see the animals until it is too late. Coyotes aren’t the only mammals creating problems for airports.

Deer also pose risks because they are used to moving freely, even through the wide and open spaces found at airports. Just like coyotes, deer are being displaced by humans, so they must adapt and are being found closer and closer to urban areas.

In Florida and other areas where alligators live, it is not uncommon to find marshy lands near airports. While not as common as coyotes or deer impacts, the number of alligator impacts has been increasing.

On June 7, 2017, a pilot hit a 500-pound alligator while landing at the Orlando Executive Airport near downtown Orlando. The alligator was crossing the runway as the plane hit the animal and killed it upon impact. Prior to this incident, the last time an alligator was involved in a wildlife FOD incident in Florida was in 2013 at the Southwest Florida International Airport in Fort Meyers. 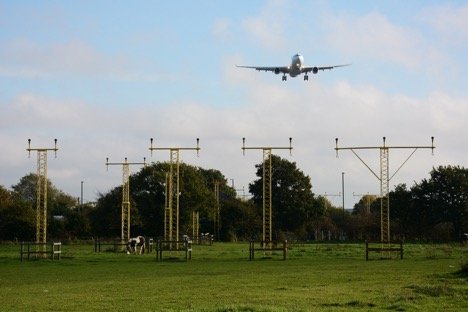 What Can Be Done to Reduce Wildlife FOD?

With the number of wildlife FOD incidents increasing at airports, airport operations managers need to look for ways to reduce the likelihood of an incident at their airport. There are several effective ways to do this. However, in order to determine the most appropriate methods, you must first perform a wildlife risk assessment analysis.

The risk assessment analysis is needed to determine potential reasons for wildlife and birds to be attracted to take up residence at or nearby the airport. One of the biggest attractants is in the form of food waste and improper disposal methods.

Most major airports have restaurants inside them. These restaurants need to be aware of how their handling of food waste could attract wildlife. Waste disposal containers should have lids that can close and should be emptied on a daily basis.

Another type of attractant is the FOD itself. From candy wrappers to food containers, these types of FOD could potentially end up on runways and airport property. Animals can be attracted to this type of FOD when they are seeking food.

Airport operations managers must also review what wildlife habitats and attractants could be outside the airport’s property. Nearby businesses and restaurants could further increase the risks of potential wildlife FOD.

Furthermore, in some places like JFK Airport which is near water and is a major bird attractant, there is little you can do to control the environment outside the airport’s property. Instead, you must look for methods that can help identify wildlife FOD quickly to avert damages to aircraft and potential injuries to people.

After performing a risk assessment, the next step is to develop the appropriate methods for detecting wildlife FOD, including: 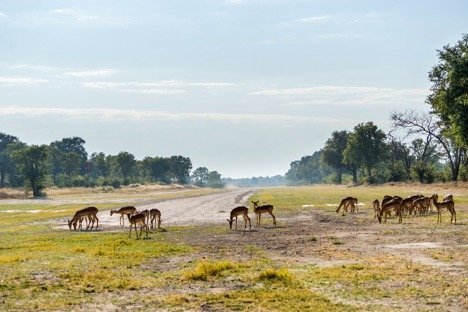 By taking the time to perform a risk assessment and develop an effective management plan, you can help reduce and prevent accidents involving wildlife and FOD at your airport. Please contact us to learn more about FOD removal using our FOD*BOSS airport sweepers.