An effective friction runway FOD sweeper needs to have several vital components in order to ensure removal of FOD (foreign object debris) from airfields and runways. Without these vital pieces, debris can easily fall out of the sweeper collection system and back onto the runway, creating an even bigger hazard for aircraft.

In recent years, the prevalence of unreliable imitation airfield sweeping equipment and systems have hit the market. As a result, many airfields are being confused about the quality of the products and mistaking them for the original and best airfield sweeping system on the market: The FOD*BOSS. 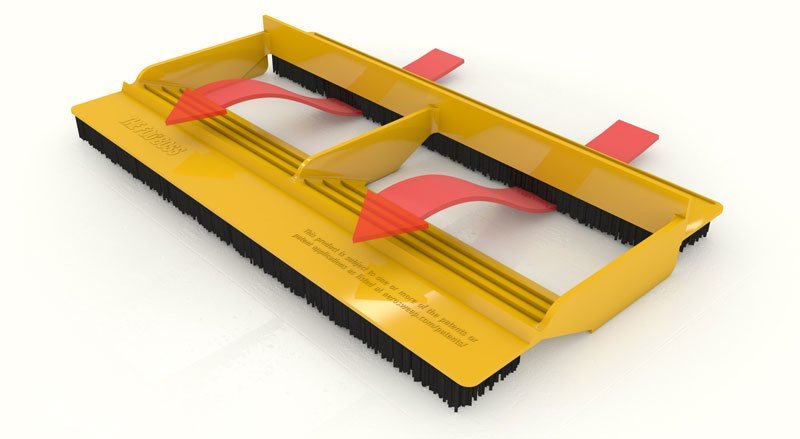 What is the FOD*BOSS used for?

Our patented airfield sweeping system is designed to remove and collect a wide range of FOD from airfields, including:

Part of what makes our FOD sweeper the best is its unique and patented design. As debris is collected as the sweeper moves over it, it is lifted into the rear collection area. The debris is kept safely in place by several vital and patented parts and components, like our patented Debris Retention Edge and our patented Triple Elevator Blades. 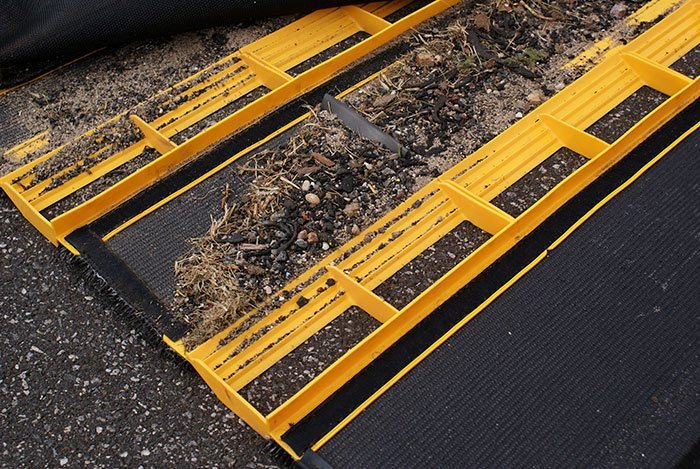 In addition, our FOD sweepers can be used in both wet and dry conditions and still maintain a 99%+ pick-up rate. You also do not have to worry if you are driving at slow speeds, stopping and starting, or cornering. The debris remains in the collection area behind our patented barrier.

Why can imitations be unsafe?

The problem with the look-alike, knock-off imitation sweepers is they lack several different parts and components that do not keep debris in the sweeper. While they may appear to be collecting debris, their collection rates are significantly less.

To illustrate their ineffectiveness, without a debris retention edge, elevator blades, or barrier, there is nothing to stop the debris from falling out and back on the ground. Debris will also fall out when stopping and starting or cornering.

In effect, use of these imitations increases safety risks because all of the debris has been swept up and dropped back on the runway in one continuous line. In some cases, rather than being a single piece of debris, like a screw or bolt, you could end up with a big pile of debris right where airplanes take off and land. 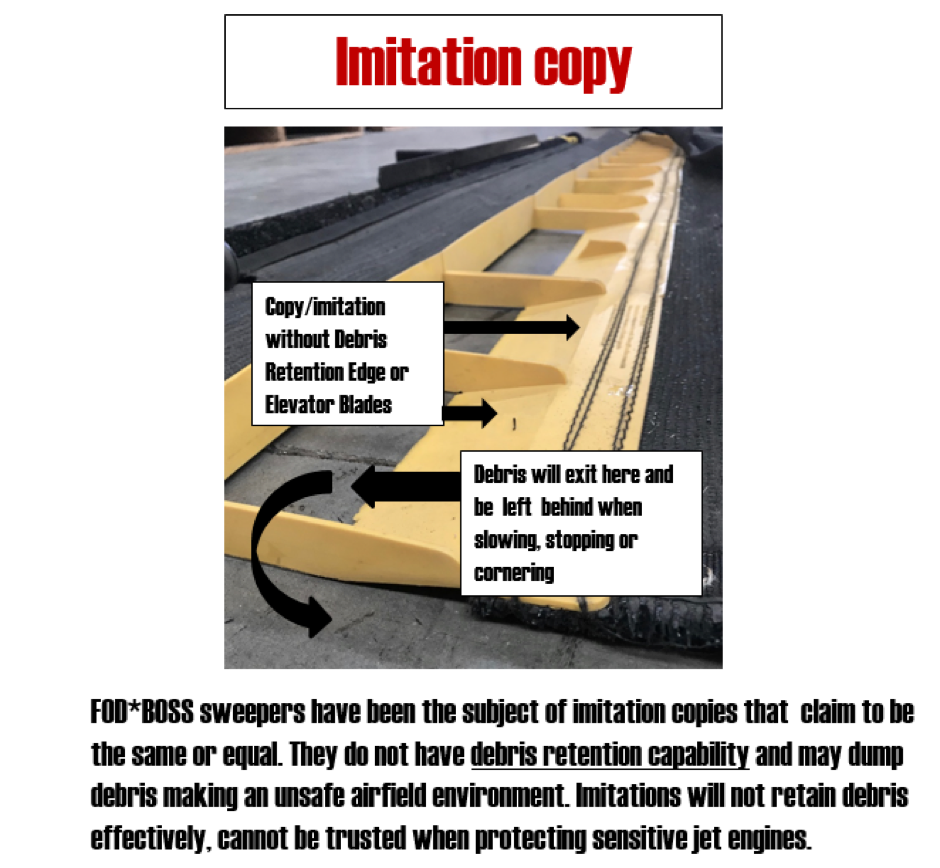 Why is safety so important when cleaning up FOD?

FOD cleanup and safety go hand in hand. The goal is to remove FOD from runways and the airfield that could otherwise damage aircraft and put the lives of those onboard at risk. A small screw or another item can cause major damage to an aircraft due to the forces of impact it can make. Not to mention, if the debris gets sucked into an engine, it could cause failure during takeoff.

Don’t put the risk of aircraft and people at risk by using imitations. Always insist on the original and best airfield sweeper: The FOD*BOSS. To learn more about how to tell imitations apart from our patented FOD sweeper systems, please feel free to contact us directly at info@aerosweep.com today!