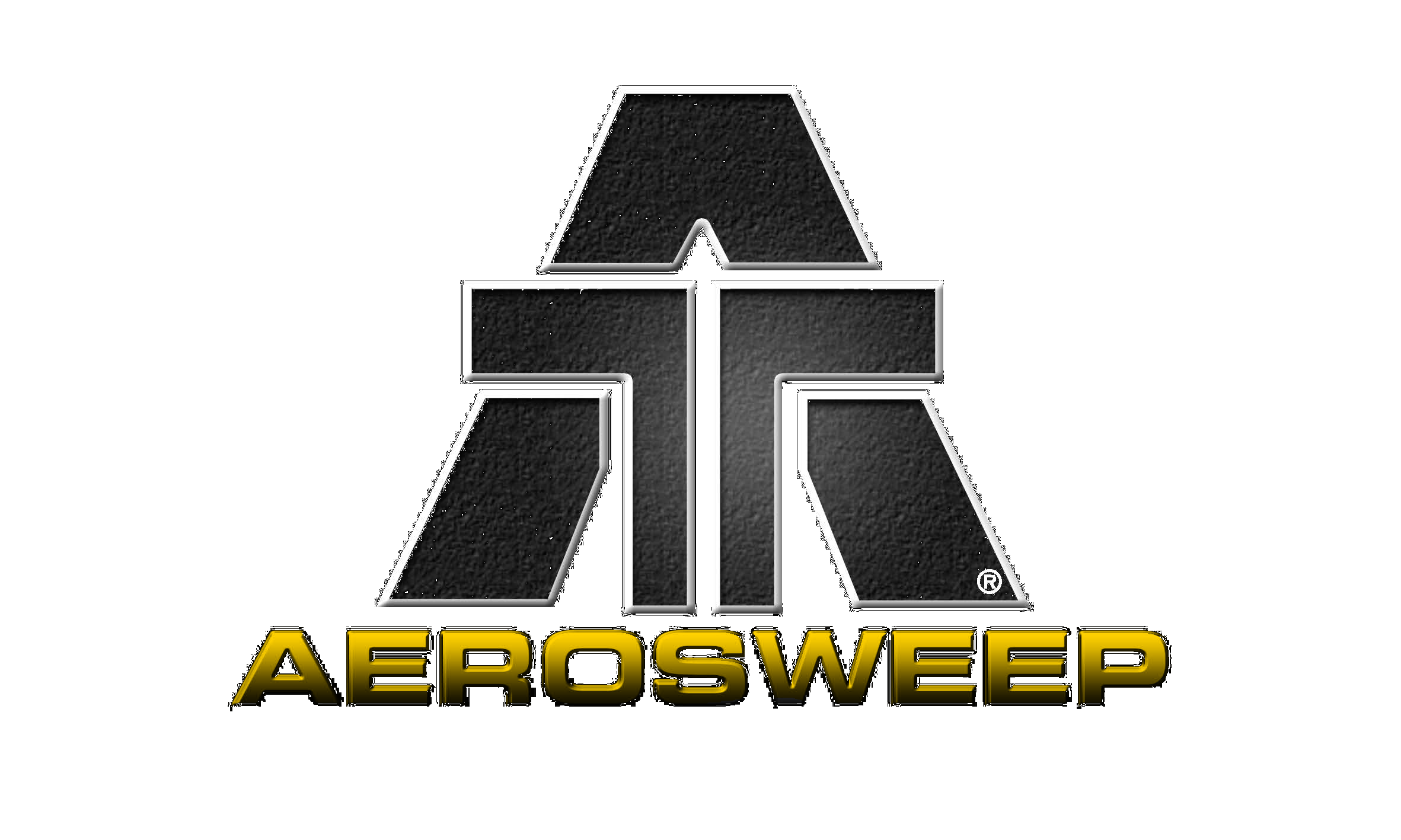 FOREIGN OBJECT DEBRIS (FOD): Foreign Object Damage (FOD) at airfields includes any object found in an inappropriate location that, as a result of being in that location, can damage equipment or injure personnel.  FOD consists of a wide range of materials, including broken pavement, trash, soda cans, paperclips, luggage parts, employee ID badges, tools, screws, nuts, bolts, gloves and other pieces of clothing, and wildlife/birds.
FOD is found on all aircraft operating areas airside, including aprons, taxiways, and runways.
Each of the items mentioned above poses various risks depending on the environment and location where they are located.  To illustrate, an airline repair technician accidentally leaves a tool on the wheel of an aircraft.  When the aircraft is moved for take-off, the tool falls off the tire and is run over.  If the tool has sharp edges, it may puncture the tire.   Initially, the puncture may be small and only cause the tire to leak air slowly.  However, after take-off, the tire continues to lose air.  When the plane lands at its destination, the tire is flat and blows out upon impact with the runway.  The pilot may potentially lose control of the aircraft and crash.
This example demonstrates how FOD poses a severe risk to the aircraft, crew, and passengers on board. Unfortunately, there are plenty of examples of more catastrophic incidents relating to FOD, and that is why the aviation industry is vitally focused on its mitigation.

As such, all airfields have developed programs to control airside FOD.  These programs are most effective when they address four principal aspects:
Training & Awareness:  Training and awareness of FOD amongst all personnel operating or moving airside should cover the identification and elimination of FOD.  This should include the potential consequences of ignoring it or considering it is someone else’s job.  This training should be in addition to the general FOD awareness that is usually a part of the airside driver-training programs at many airports. FOD training for flight crews includes following the recommended procedures identified in the Flight Crew Operating Manual and pre and post-flight inspection procedures covered during flight-line training. 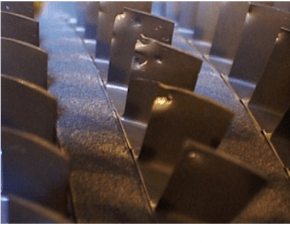 Effective training should also stress safety to personnel and passengers, the hazards to equipment, the direct costs associated with FOD damage, and the indirect costs related to flight delays and rescheduling.  It should also include procedures for removing and eliminating FOD at its source.  FOD elimination messages should continuously be reinforced using posters and signs.  Recurrent training is necessary to help maintain an awareness of FOD.
Inspection:  All airfield personnel, when feasible, should join the airside personnel in daily FOD inspections.  This practice helps increase familiarity with local airfield conditions and promotes effective communication.  For example, the U.S. Federal Aviation Administration (FAA) and International Civil Aviation Organization (ICAO) require a daily daylight inspection of aircraft maneuvering areas and removal of FOD on commercial airfields.  In addition to performing these inspections at the beginning of the day or shift, personnel on the airside should look for FOD during their normal shifts. 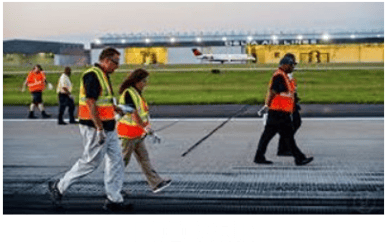 If airfield development works are in progress, the greater FOD production associated with these activities requires more frequent inspections.  It may even be necessary to assign dedicated personnel to continually inspect for FOD during major construction activities.  Flight crew should report to air traffic control and station operations any FOD they observe on runways and taxiways. In addition, ground support personnel should designate individuals to inspect gate areas before any aircraft movement to and from the gate.
Maintenance/Management: It is essential to understand which airside areas produce the most FOD more frequently.  Awareness of the highest FOD producing AOAs helps to maintain control of FOD production and reduce its likelihood.  Armed with this knowledge, a FOD Management Plan can therefore help better direct activities and tasks, including:
You may want to compare your AOA FOD contribution rates to those identified through research into this carried out by the UK’s Civil Aviation Authority (CAA).  The research findings demonstrated that 55% occurred within the stand or apron area, another 30% on taxiways, while the remaining 15% was found on the runways.  (cited in Iain M 2008 The Economic Cost of FOD to Airlines (London: Insight Sri Ltd)
Sweeping:  Sweeping may be done manually or with the airfield sweeper.  Friction sweeping is recognized 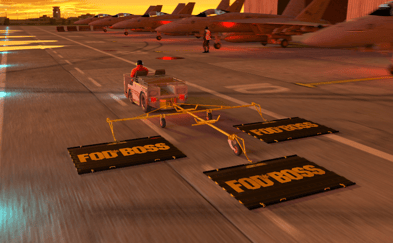 as the most effective way to remove FOD from airside surfaces.   The friction sweeper also removes debris from cracks and pavement joints and should be used in all areas except for those that can be reached only with a hand broom.  However, the type and size of friction sweeper will influence if it will be relied upon as the sole type of sweeper in use.  For example, can large sweeper trucks sweep amongst parked aircraft without becoming a risk or potentially causing damage?  It is, therefore, suggested that a range of different sweeping tools be employed based on their merits of speed and flexibility of use.
All aircraft operating areas (AOAs) and the areas adjacent to them should be swept regularly and programmed. In addition, the areas in which any ground support equipment (GSE) is staged should also be swept periodically.

Magnetic Bars:  These bars are generally mounted to the front of airside tugs and trucks to pick up ferrous metallic material.  The bars should be cleaned regularly to prevent any collected material from becoming dislodged and remaining a FOD hazard.  Vehicles operating on the airside should also be inspected before use to ensure that no loose items can fall off.
Rumble Strips:  Rumble strips are generally placed at points of transition from landside to airside. 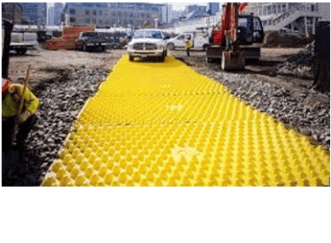 They include small and regular raised “bumps” designed to cause the vehicle driving over the strip to “vibrate” and dislodge any loose material.  They are generally 10 ft to 15 ft (3 m to 5 m) in length and can also be deployed in construction areas.
FOD Containers:  These are containers used to collect FOD and should be placed at all gates.  They must be emptied frequently to prevent them from overflowing and becoming a potential source of FOD themselves.
In addition, airport personnel can wear waist pouches to collect debris.
A part of the FOD management process is understanding the type of FOD collected and then evaluating its source.  This process will be significantly enhanced if the collection method (sweeper) permits easy emptying of FOD, and sweeping can be done on an area-by-area basis and efficiently.